The difference between British and American English

Eurotrad > Blog > Curiosities > The difference between British and American English

Although American English originally developed from British English, over time it has evolved into its own language with unique characteristics. It’s also worth remembering that spoken languages are like living organisms and can often evolve and depart significantly from the original language.

As such, American English has developed some phonetic and grammatical differences from British English. While some of the differences are fairly insignificant and don’t tend to hinder understanding (especially in written texts), others are fairly pronounced and could potentially prevent speakers from fully understanding one another. 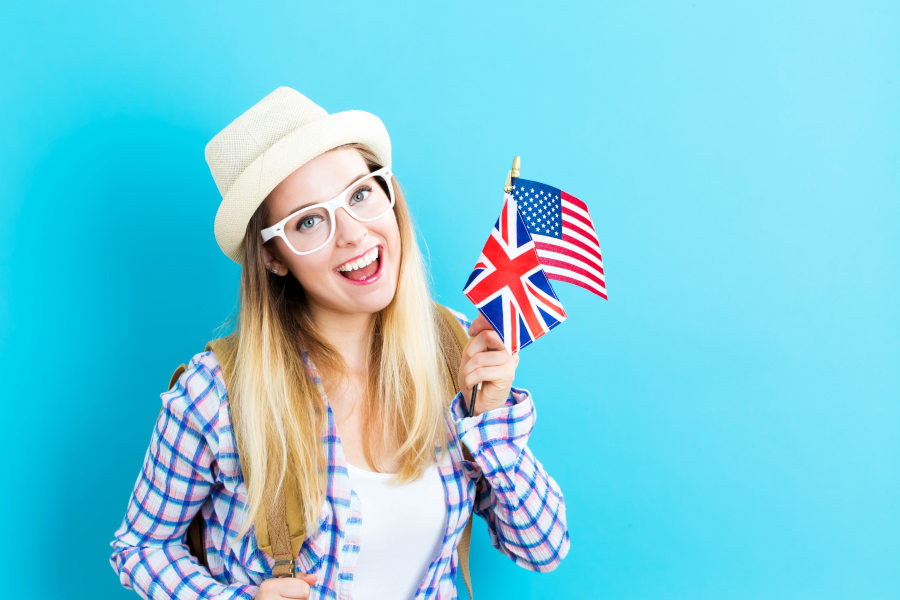 As for the pronunciation of vowels, there are some fairly marked differences when it comes to the letter A. Speakers of British English generally tend to pronounce the letter A as an A, while speakers of US English create a phonetic sound similar to the fusion of A and E (which non-native speakers perceive phonetically as an E). “Dance” is often pronounced as “dans” in British English and “dens” in American English.

Some words are written slightly differently in British and American English. These variations are subtle enough that you can easily guess the meaning of the word, but they can cause problems when writing official documents and formal texts, which require the correct spelling.

Typical examples of different British and American English spellings include:

Some vocabulary differs completely. Where speakers of British English would say “holiday”, speakers of American English prefer to use “vacation”. People in the UK will say “chips (as in fish and chips), while those in the US will say “french fries”. British “jumpers” are “sweaters in the US, where people often participate in ugly sweater competitions at Christmas time!

There are many other examples of vocabulary differences, but non-native speakers are best viewing them as simple synonyms. However, it is good to bear these differences in mind, especially when dealing with English translations.