The most famous examples of transcreation in the history of advertising

Transcreation is a real art, and those tasked with transcreation must ensure that the translated advertising slogan is just as effective in one language as another, while also maintaining the same rhythmic and linguistic features as the original slogan. Sometimes, this attempt fails miserably, but occasionally, a translator is hit with a real stroke of genius that’s destined to remain engraved in the minds of consumers and in the history of international advertising translation forever. Let’s take a look at a few of the most famous examples. 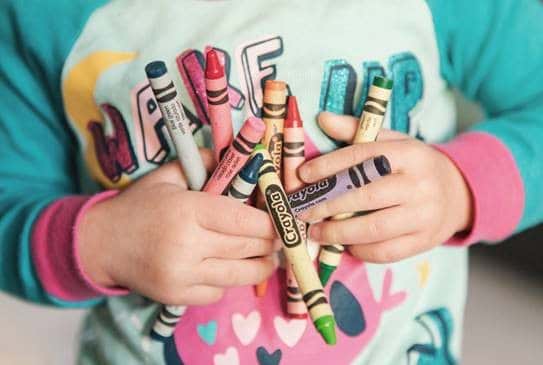 Transcreation is all about conveying both the meaning and musicality of an advertising slogan in another language. Often, it’s an incredibly difficult task, but opting to translate a catchy phrase literally can result in a slogan that’s entirely unsuitable for the target advertising context. This is where the translator’s ingenuity comes into play, who must essentially come up with a creative translation that either matches or exceeds the original slogan.

The original Procter & Gamble cleaning product slogan went as follows: “When Swiffer’s the one, consider it done.”

This slogan worked well because it marketed the product’s cleaning power using rhyming couplets, which is a huge plus for an advertising campaign.

The Italian creative translation, devised by Marco Leali went as follows:  “La polvere non dura, perché Swiffer la cattura.” And while the product name was shifted to the second part of the sentence, the Italian translation successfully recreated the rhyming couplet and arguably improved the original slogan’s effectiveness by describing how the product also “catches” dust.

Although it might be a clear, winning concept from an advertising point of view, the slogan left translators all over the world scratching their heads. In Italy, the slogan was brilliantly transcreated into the following masterpiece “Haribo è la bontà che si gusta ad ogni età,” (lit. Haribo is a treat to be enjoyed at any age). Italians reading this article will have undoubtedly hummed along to the advertising jingle. A perfect feat of transcreation.

This particular creative translation made history in the international marketing sector: it is in fact a slogan dating back to 1959 and one that is still regularly quoted. At the time, Esso fuel was advertised with the strapline: “Put a Tiger in Your Tank.”

The company wanted to stick with a fairly literal translation, which would have resulted in “tank” being translated as “serbatoio” in Italian, but in the end, the translator went down a different route, and the slogan developed for the Italian market was in fact “Put a tiger in your engine.”

The translator decided to take this particular liberty because, in addition to sounding much catchier, the word “engine” (or motore in Italian) contained an “or” sound, which sounded like the roar of an engine and, thanks to the letters T and R, also created alliteration with the word Tigre. Not bad, eh?

Even the grammatical error was intentional. The word tiger is actually a feminine noun, rather than a masculine one, but at the time, cars were still “a man’s affair” and nobody wanted to put something girly in their car. The poetic license of the Italian advertisers working for Esso essentially improved the slogan’s musicality, perfectly adapting it to the (somewhat backward) socio-cultural context of the time.

The problem when translating this slogan comes down to one word: “love,” which is not used with quite the same ease in other countries as it is in the USA. While someone from the United States might nonchalantly proclaim that they “love” their car, in some countries, the word “love” cannot even be spoken aloud, as is the case in China.

Due to a similar problem, Spanish advertisers decided to translate the slogan with “Me encanta!” that is, with a somewhat gentler “I like it”. And in Italy? We gave in and kept the original slogan!

As we’ve just mentioned, creative translation is a very delicate task, and the gap between an unacceptable translation and a brilliant one is often very small. That’s why at Eurotrad, we rely on translators specialised in marketing, who are incredibly skilled in the art of transcreation.